The White House
Office of the Press Secretary
For Immediate Release
January 23, 2017
Presidential Memorandum Regarding Withdrawal of the United States from the Trans-Pacific Partnership Negotiations and Agreement
MEMORANDUM FOR THE UNITED STATES TRADE REPRESENTATIVE
SUBJECT:                    Withdrawal of the United States from the
Trans-Pacific Partnership Negotiations
and Agreement
It is the policy of my Administration to represent the American people and their financial well-being in all negotations, particularly the American worker, and to create fair and economically beneficial trade deals that serve their interests. Additionally, in order to ensure these outcomes, it is the intention of my Administration to deal directly with individual countries on a one-on-one (or bilateral) basis in negotiating future trade deals. Trade with other nations is, and always will be, of paramount importance to my Administration and to me, as President of the United States.
Based on these principles, and by the authority vested in me as President by the Constitution and the laws of the United States of America, I hereby direct you to withdraw the United States as a signatory to the Trans-Pacific Partnership (TPP), to permanently withdraw the United States from TPP negotiations, and to begin pursuing, wherever possible, bilateral trade negotiations to promote American industry, protect American workers, and raise American wages.
You are directed to provide written notification to the Parties and to the Depository of the TPP, as appropriate, that the United States withdraws as a signatory of the TPP and withdraws from the TPP negotiating process.
You are authorized and directed to publish this memorandum in the Federal Register. 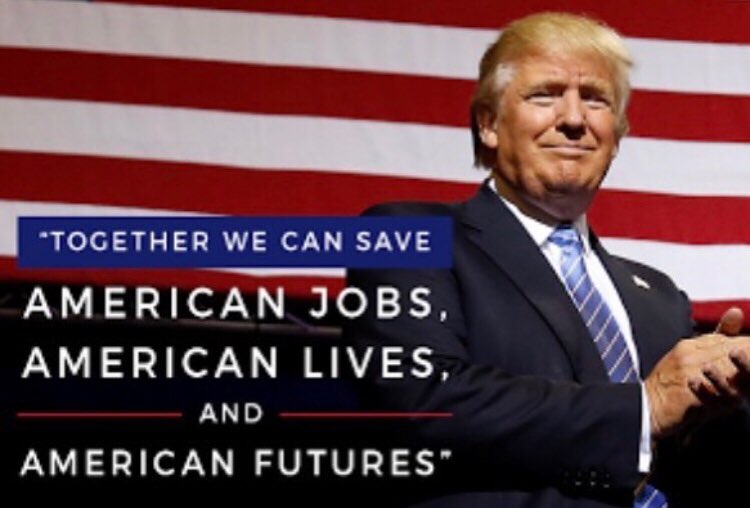 "...Liberty, when considered as a power, is the unrestrained power of acting reasonably: As a privilege, it is the security which a man feels in acting rightly and enjoying the fruit of his own labor. When either of these are wanting, the people are not free, although their government may be called a democracy. When these exist, the people are free...."

And I have great issue with the Court even entertaining a decision that was passed by 1 minority vote against 8 in the majority, a majority of 8 that said it could NOT be interpreted as a tax,

http://brianroysinput.blogspot.com/2012/06/questions-remain-on-healthcare-ruling.html
and then vote 4 for a penalty against a majority of 5 that said it could NOT be taken as a penalty, and then pretend they can have the penalty vote negate those who voted against a tax and call it a tax when they negate their own votes and at best make it a 1 for a tax against 3 that said no?  Uh huh.

U.S. v. La Franca 282 U.S. 568 (1931) @ 572
“ A tax is an enforced contribution to provide for the support of government; a penalty …is an exaction imposed by statute as punishment for an unlawful act. The two words are not interchangeable, one for the other. No mere exercise of the art of lexicography can alter the essential nature of an act or a thing; and if an exaction be clearly a penalty it cannot be converted into a tax by the simple expedient of calling it such."

Every act of Obama is Constitutionally VOIDABLE.

@179
... it is apparent that the framers of the Constitution
@180
contemplated that instrument as a rule for the government of courts, as well as of the Legislature.
...It is also not entirely unworthy of observation that, in declaring what shall be the supreme law of the land, the Constitution itself is first mentioned,
and not the laws of the United States generally,
but those only which shall be made in pursuance of the Constitution,
have that rank.

Thus, the particular phraseology of the Constitution of the United States confirms and strengthens the principle,
supposed to be essential to all written Constitutions,
that a law repugnant to the Constitution is void, and that courts,
as well as other departments, are bound by that instrument."

And Obama himself in 1995, as an attorney who visited the hospitals and bureau of vital statistics in Hawaii and as of 1995 Obama Himself admits in his auto-biography that he found NO PROOF OF BIRTH in existence in the United States for himself, and not even his ALLEGED white mother possessed a copy of his birth documents from the time of his father's early 1980s death to then in 1995 and so states:

"You know, as soon as the Old Man died,
the lawyers contacted all those who might have a claim to the inheritance.
Unlike my mum,
Ruth
has all the documents needed to prove who Mark's father was."
Dreams from My Father, p. 345 Barack Obama (confessing there is NO Birth Certificate of any kind for him in Hawaii as of 1995).

And while President Trump is at it, Obama ought to be revealed as to who he is and where he is from.   DNA is allegedly United Kingdom and Colonies Kenyan Father Barack Obama Sr. and an Indonesian woman who was daughter of Mohammed Subuh, making him a 100% foreigner at birth, who told Nicaraguan leaders he was born 3 months before the Bay of Pigs (January 1961) and not one of the reporting media cared to press the point when he said it in 2009.

and Major Garrett of Foxnews
http://www.foxnews.com/politics/2009/04/18/obama-endures-ortega-diatribe/

-- both reported on April 17, 2009 -- and that of Howard LaFranchi, Staff writer of the Christian Science Monitor reporting 2 days after the fact on April 19, 2009, that Obama claimed an entire different birthdate than the official 1984 Newsspeak narrative:

"…Obama responded disarmingly to an hour-long opening speech by Nicaraguan President Daniel Ortega, in which the former leftist revolutionary reviewed US action against Cuba including the failed Bay of Pigs invasion
. “I’m grateful President Ortega did not blame me for things that happened when I was three months old,” he told chuckling leaders."

or whatever the hell his name really is,  should be tried as a foreign subversive in time of war who knowingly committed felony fraud and committed acts of TREASON (start with Article 4 Section 4 of the Constitution guaranteeing States against Invasion, and then the fact of what the Constitution defined as Treason in Article 3 Section 3 as the Article 6 declared Supreme Law of the Land, and apply that to how he aided and abetted the enemies of the USA in time of war against the USA if you wish),
http://www.americanbar.org/groups/public_education/initiatives_awards/constitution_day/constitution_text.html
and dealt with by trial (preferably by military tribunal) accordingly.